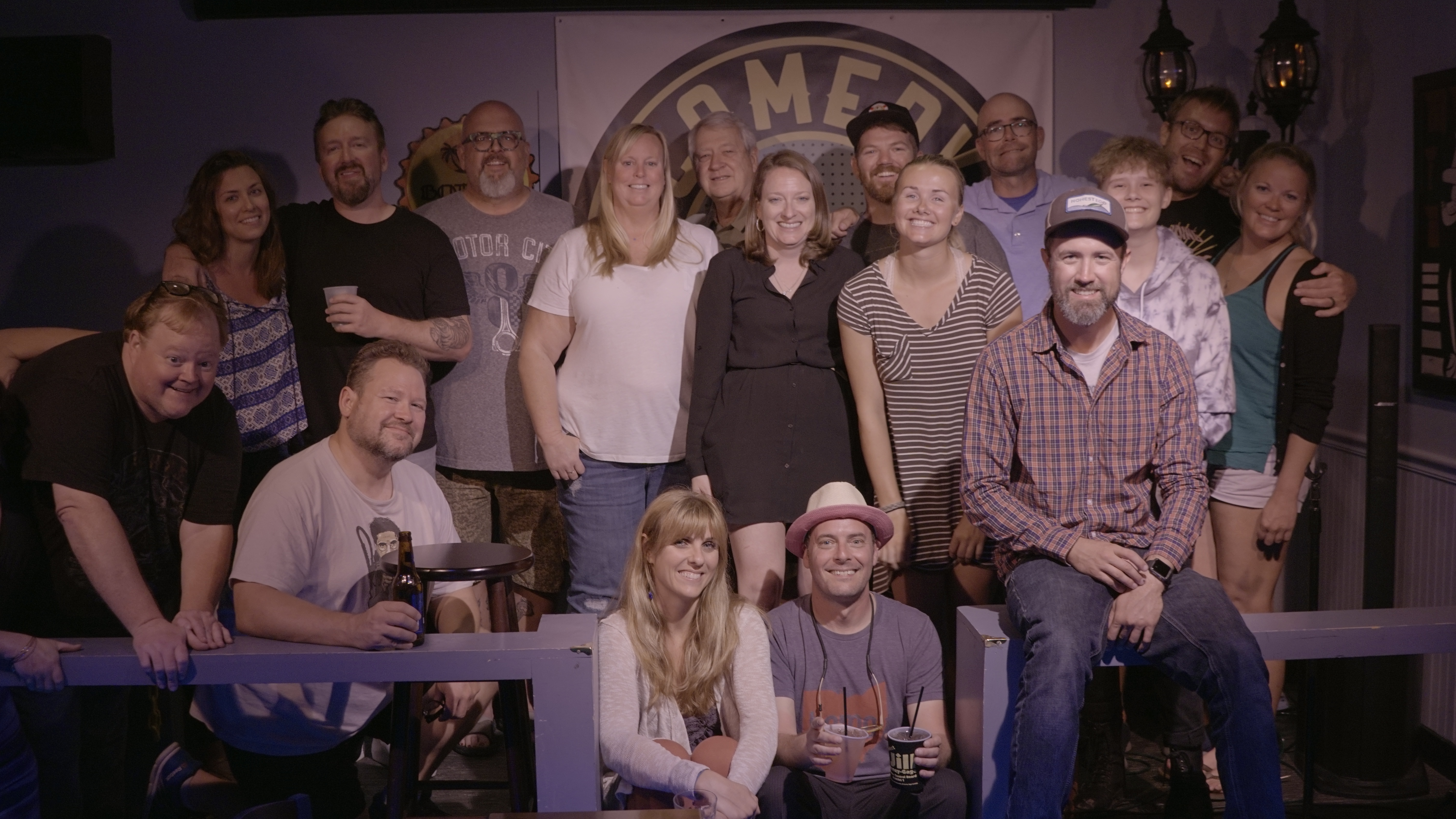 Key West is full of interesting characters. These are the ones who get up on stage to prove it. Originally from Ohio, Stephanie Kaple first tried standup with Comedy Key West in 2016 and has been making crowds laugh around the island since. Stephanie’s dedication to watching television, appreciation of fast food, and embarrassing dating life makes audience members feel far better about their own lives. Stephanie has opened for Howie Mandel at the Key West Theater and has been featured in Keys Style magazine. To date her greatest comedic achievement was being named Class of 2000 “Wittiest Girl” at Fairborn High School, she still has the trophy on display in her house. Stephanie followed this with a 15-year award hiatus until she won Key West Story Slam Grand Slam in 2015. She is now on another 15-year award hiatus but looks forward to winning something in 2030. 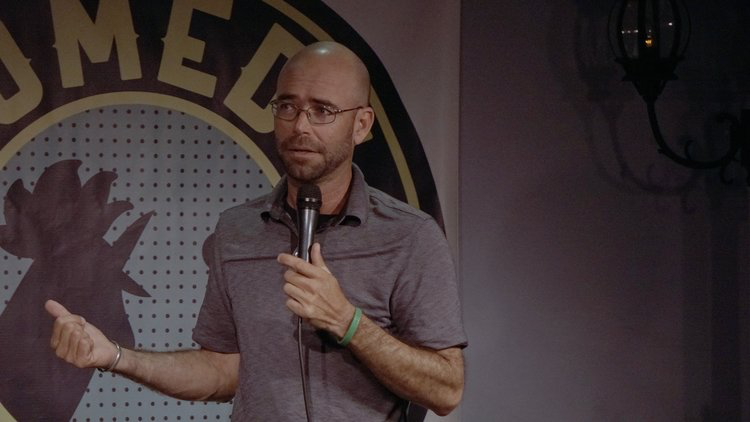 Born and raised in Iowa, Tony moved to Key West after a few winters snowboarding in the Cascade Mountains in Washington. He somehow manages to make a living sailing boats, surrounded by women in bathing suits. He’s an alcohol enthusiast, a comedy pupil, and would rather be playing video games. He hosts our Drunken Spelling Bee at Mary Ellen's every other Monday. Originally from Beverly, Massachusetts, Kathy Gilmour has lived in Key West for more than 12 years. Comedy Key West has allowed her to fulfill a lifelong dream of doing Stand Up Comedy. Audiences have related to her dry, sarcastic and let’s face it, awkward take on everyday situations. Her inspiration comes from working with the general public for more than 20 years, traveling the world and mostly the clarity that comes from a good nap. She co-hosts a podcast with Stephanie Kaple called “Reality Charmed” and you can follow her adventures as a triathlete and her “journey from fat to slightly less fat” at www.thegilmourgirl.com Steven Crane was born in California, spent his youth in Chicago, and is currently in the process of spending his adulthood in Key West. Steve is an alumni of Bradley University, where he graduated at the bottom of his class with a B.S. in Debt Management. Steve has also graduated from the Second City of Chicago's Improv Comedy Program and Comedy Writing with the Onion Program, where Steve worked with a team of writers to publish a work of eventual non-fiction titled "Trump's America: Buy This Book and Mexico Will Pay For It". Steve spends most of his time helping run "Key West Adventures" - his family owned, Mom-and-Pop Jeep rental shop. Steve aspires to one day live in a world where other people write his bio for him.

Gwen Filosa is a journalist covering Key West for FLKeysNews.com and the Miami Herald.She has appeared at Comedy Key West since 2016 and has also performed at the Key West Theater, the San Carlos Institute and the Greenwich Village Comedy Club in New York. Gwen also hosts a weekly comedy radio show, The Gwen Show, on Island 106.9 every Thursday at 6 p.m. She lives with her dog, Pedro. Her parents still pretend she's not gay.

A two year comic born in Key West who's not ready to quit his day job. Pony Charvet originally from Seattle Washington has been seen performing in the key west theatre scene as Buffalo Bill in “Silence of the Lambs The Musical” Fagin in “Oliver” and a Tijuana dancing hooker in “Oklahoma Smith” In 2018, he was inspired by his comedy mentor JOE MADAUS to step onstage at COMEDY KEY WEST. Pony has performed weekly at the Blue Room and the Orlando Improv. 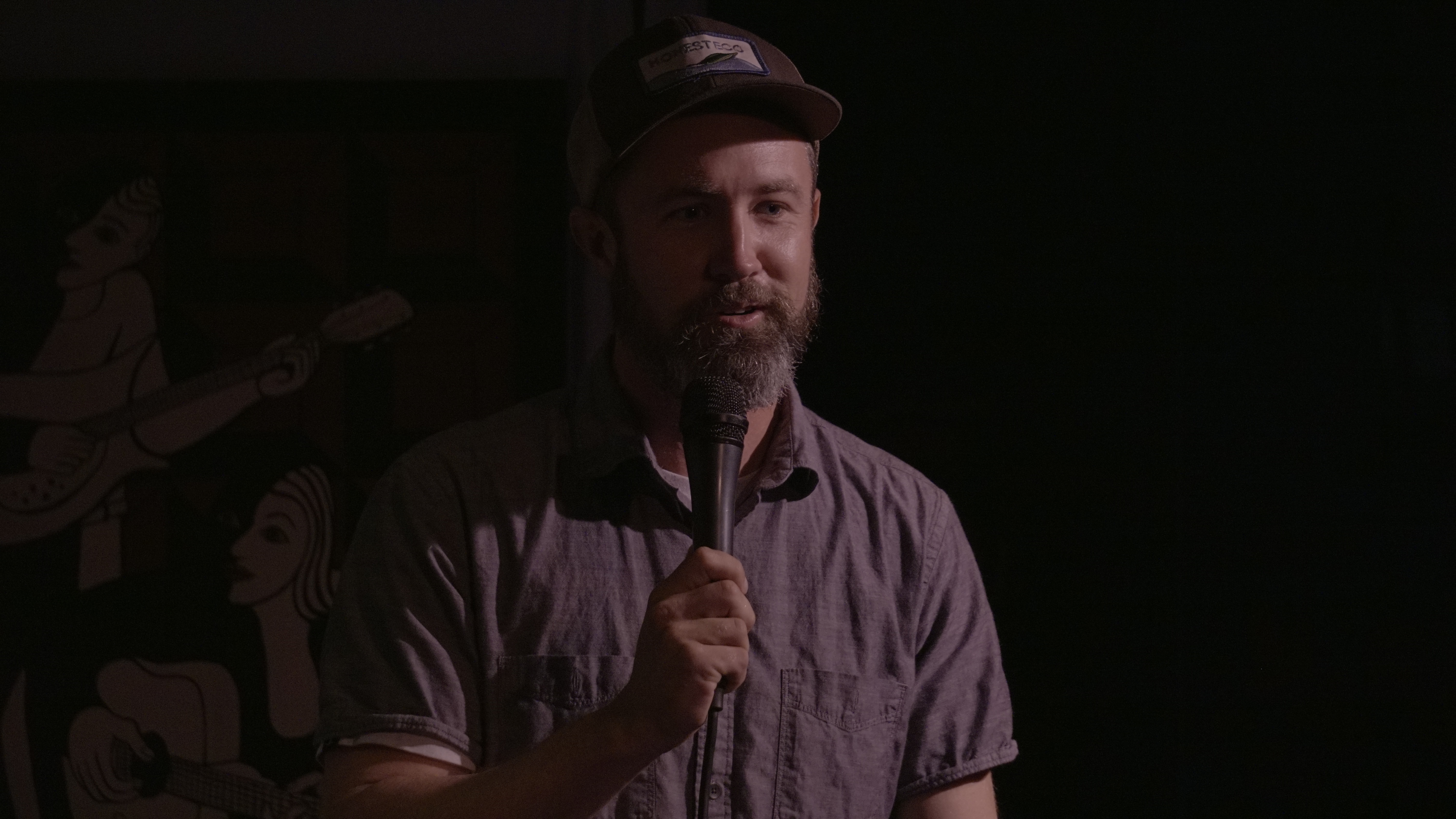 Joe Madaus was born in Massachusetts; the son of a school teacher and a dairy farmer. He moved to Key West in 2010 to work on a TV show that you've probably never heard of. When the production ran out of money and left town, Joe, instead of moving back in with mom and dad, decided to make a manly man out of himself and started crewing on a snorkel boat. For the last 7 years, Joe has been braving the harsh conditions of the Florida Keys while educating and sometimes entertaining tourists with stories that are mostly true. In 2016, Joe, along with his partner Anne Walters, started Comedy Key West in Anne's fitness studio. The show was called The Downward Dog Comedy Showcase. The first night was a rousing success and they were promptly told to never try that sort of thing in the venue ever again. With a quick pivot, a week later, they found themselves in the beautiful BottleCap Lounge. What started as a five week experiment with thirty seats, has expanded into sold-out stand-up comedy shows nearly four nights a week. Comedy Key West, currently the only comedy club in the Florida Keys, hosts different national headliners every week and serves as a spring board for local comedic talent to express themselves and practice their craft.